Bringing together all Portuguese animated films in a single digital archive – this is the mission of Animateca, the database created by Casa da Animação that can now be consulted online.

The project is still in its initial phase, but by the end of the year it intends to include in its open access catalog not only professional films, but also school films or those resulting from workshops – “which we intend to give the exact same prominence as others”, reveals Regina Machado, producer at Animateca and president of the Board of Directors of Casa de Animação.

The same spirit of inclusion extends to the genre and format of the films, and, according to the producer, that is what distinguishes Animateca from other databases of the same type. Therein, it will be possible to find not only the so-called author cinema, but also commissioned and advertising films, video clips, series, among others – “We want everything to be together there, without marginalizing anyone.”

The project, which was presented to the industry this week at Cinema Trindade, is part of a wider one – Casa em Movimento – funded in 2021 by the Garantir Cultura program, promoted by the Ministry of Culture. However, the creation of this platform has been dreamt by members of Casa da Animação for at least six years.

It is not just about preserving memory through registry, but actively contributing to the promotion and circulation of the vast heritage of Portuguese animated cinema, which has nearly a century of history – “Next year, it will be 100 years since the first animated film was premiered in Portugal. In other words, there are 100 years of history to put in the Animateca”, explains Regina Machado.

The producer’s expectations are that the archive will accrue thousands of films, and that it will be useful not only for the curious or scholars, but also for programmers and the international industry, who can consult the database – which is bilingual – to access all of the film’s information and find out who to contact to schedule them.

With the exception of historical films, all film entries are created, published and managed by the production companies, who must register in Animateca for this purpose. “We are starting with the professionals”, says Regina Machado, “but then the students will come, and the schools will be contacted to insert their students’ films.”

However, it is also necessary to “start digging up the past”, she concludes. “Through contacts with Cinemateca and ICA, it is necessary to make the entries of historical films – and it will have to be the Animateca team to do it.”

In the future, the objective is for the platform to also be a channel for the dissemination of everything happening within national animated cinema, promoting course announcements and applications to festivals and even giving access to academic theses related to animated cinema.

The next Animateca presentation sessions, which are always accompanied by the screening of Portuguese animated films, “so that the public can start to see the variety that exists”, will take place on June 3, at 3:30 pm, in the Luís Soares Auditorium at ESMAD (session curated by Jorge Ribeiro and Sara Franco) and on June 11 at 6 pm, at Casa das Artes (session curated by Abi Feijó and Bruno Caetano). 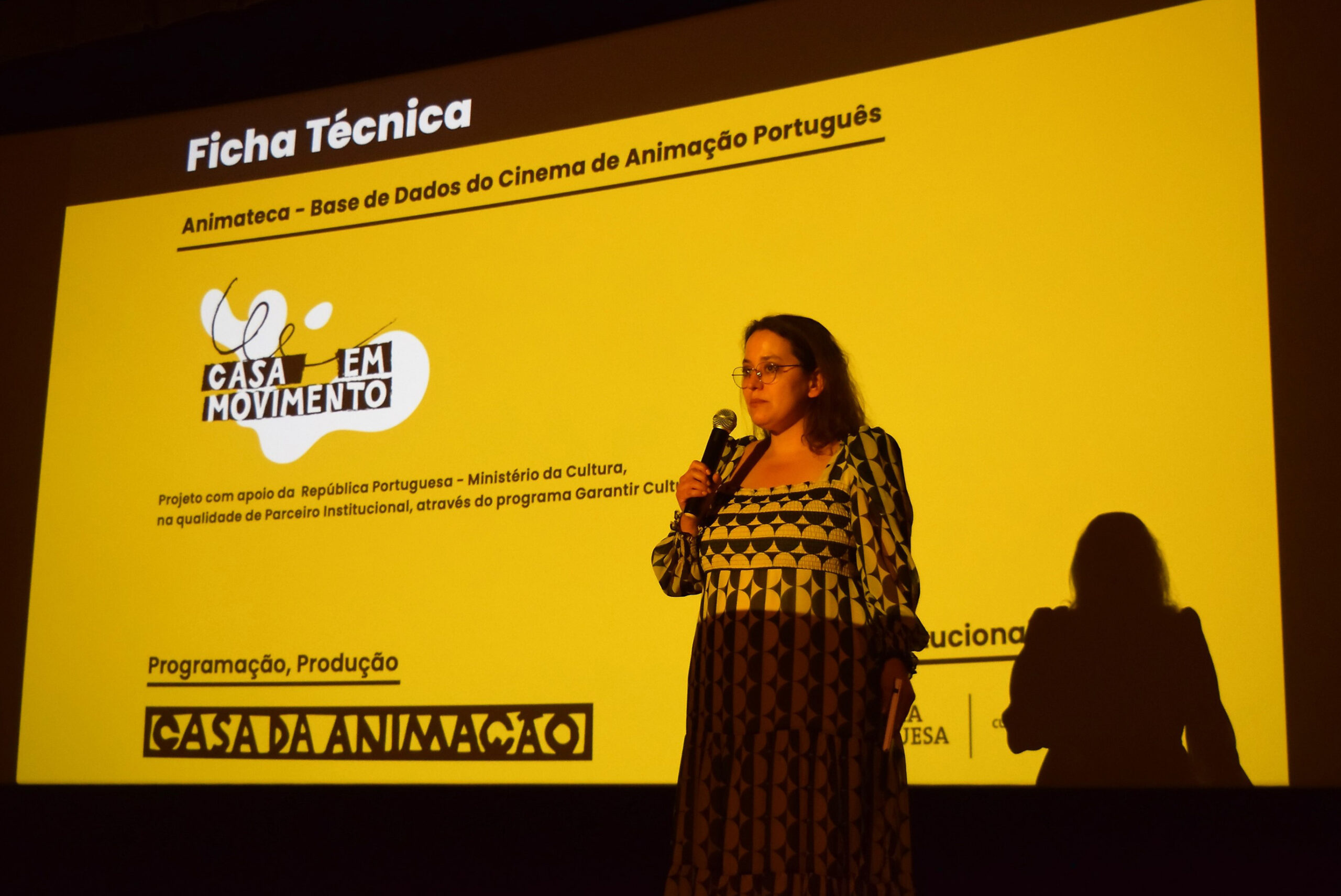 We use cookies on our website to give you the most relevant experience by remembering your preferences and repeat visits. By clicking “Accept All”, you consent to the use of ALL the cookies. However, you may visit "Cookie Settings" to provide a controlled consent.
Gerir cookiesAceitar tudo
Gerir cookies